As aging baby boomers swell the ranks of elderly Americans, we’re nowhere near a solution to providing the long-term care services many of them will need.

Researchers at the Urban Institute have been examining the spending tradeoffs between two public long-term care insurance programs: a catastrophic plan and a short-term plan that would pay benefits up front. Both would be financed through a payroll tax. They also explored how differences in the timing of payouts would affect consumers’ and government spending.

The problem is large and growing. Researchers estimate that about half of people who are 65 today will need help with daily activities such as bathing or eating at some point in their lives. Most will need help for less than two years, but about 1 in 7will have a disability that lasts for more than five years.

Even though many people rely on unpaid family help, a growing number will need care provided by home health aides or nursing homes. Someone who turns 65 today can expect to rack up about $138,000 in long-term care costs over the rest of her life, according to the Urban researchers. Once people exhaust their own resources, they often turn for help to Medicaid, which covers 40 to 60 percent of long-term care services in this country, providing nursing home and other services to low-income people who have few other assets.

In a recently released issue paper and in a study in the journal Health Affairs last year, the Urban researchers modeled the spending impact of two programs that each paid a $100 daily benefit, with a 3 percent annual inflation adjustment. The first would pay at the beginning — 90 days after someone needed help with at least two “activities of daily living” — for up to two years, while the second would pay at the end — for an indefinite period — after someone had needed assistance for at least two years.

The spending impact on consumers’ out-of-pocket costs and the Medicaid program would vary depending on when the coverage kicked in.

Conversely, the insurance program that paid out on the back end after two years would be more advantageous for Medicaid. That program would displace 38 percent of Medicaid spending, compared with just 15 percent for the front-end program.

Consumer advocates have long championed plans to establish some sort of national insurance program to help cover long-term care services. But costs and political differences have stymied the efforts. The Urban researchers, in the most recent brief, suggest that although more studies are needed, the back-end program they modeled “could reduce Medicaid spending, providing financial relief to hard-pressed states” and “reduce out-of-pocket spending for families.”

Insurance is only one piece of the puzzle, said Bonnie Burns, a policy specialist and long-term care expert at California Health Advocates, a Medicare advocacy organization.

“What we need is a coordinated system of care,” she said. “We’ve spent 30 years of looking at this problem. There’s lots of data but there’s no action.”

Please contact Kaiser Health News to send comments or ideas for future topics for the Insuring Your Health column.

KHN’s coverage of aging and long term care issues is supported in part by a grant from The SCAN Foundation. 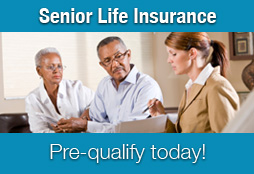