Medicare enrollees are moving in greater numbers than ever to the program’s managed care option as a way to save money. But the tradeoff is much less ability to use their preferred doctors and hospitals.

In theory, prospective Advantage enrollees can review lists of in-network providers before opting into a plan. But a new study by the Kaiser Family Foundation (KFF) finds that provider data often is very difficult to review, can be out of date and frequently contain inaccurate information.

KFF’s review also found shortcomings in the quality of providers in some Medicare Advantage provider networks. One out of every five plans did not include a regional academic medical center - institutions which usually offer the highest quality care and top specialists. And only 40 percent of Advantage provider networks included top-quality cancer centers, as indicated by membership in the National Cancer Institute’s network.

NCI-designated cancer centers offer cutting-edge treatments and tend to have greater access to clinical trials. They are especially important for patients with rare and advanced cancers, or other complicating conditions, said Gretchen Jacobson, KFF’s associate director of the program on Medicare policy and co-author of the study.

The upshot: Medicare Advantage may be just fine if you are healthy, but problems may crop up if your healthcare needs become more complex and you have very specific healthcare provider preferences.

This year, 31 percent of Medicare enrollees are in Advantage plans, up from 11 percent in 2010. That number is expected to hit 41 percent by 2026, according to a forecast by the Congressional Budget Office.

When Medicare enrollees join Medicare Advantage plans, their Part B premiums continue to be paid to Medicare, which then makes a monthly capitated payment to the Advantage plan. The payment is based on the plan’s estimated cost per enrollee, the plan’s quality rating and the health status of the enrollee.

One often hears critics claim that healthcare providers are bailing out of traditional Medicare in large numbers - but that is not actually the case. Last year, 14 percent of Medicare enrollees who were seeking a new primary care doctor reported major problems in finding a physician who would treat them, according to survey data from the Medicare Payment Advisory Commission, an independent congressional agency. Among those seeking a new specialist, 6 percent reported major problems. In both cases, that represents 1 percent of the total Medicare population.

Advantage plans often offer extra benefits, such as health club memberships, vision care and some limited dental care. Cost-sharing is often lower, and many plans provide prescription drug coverage with no extra premium. “It can be very attractive to many seniors who are living on a fixed budget,” Jacobson said.

The trade-off is limited provider networks - and the challenges prospective enrollees face in determining who they are allowed to see for healthcare, and who is off-limits. KFF reviewed 409 Advantage plans, including 307 HMOs and 102 PPOs. Researchers found provider directories often were riddled with errors, omissions and outdated information.

“There’s no reason in this era of technology why this needs to be as difficult as it is,” Jacobson said. “People should be able to simply tell the system who their doctors are, the illnesses they have, and get a recommendation for a plan that will work for them.”

KFF also found that Advantage provider network quality differs significantly. For example, Los Angeles has three NCI designated cancer centers. Most of the Advantage plans there do not include any of them, but one plan includes all three.

A report last year by the U.S. Government Accountability Office found that the Centers for Medicare & Medicaid Services (CMS), which runs Medicare, needs to improve its oversight of Advantage plans to assure that provider networks are robust. The report also criticized CMS for doing too little to assess the accuracy of Advantage plan provider lists.

Even when Advantage enrollees are able to confirm participation by their healthcare providers, there is no guarantee that will continue. Advantage plans are free to add or drop health providers during the course of an enrollment season.
That became an especially hot issue in 2014 when UnitedHealthcare dropped providers who covered thousands of the insurer's patients, including the prominent Yale-New Haven Hospital system.

Democrats in Congress have proposed legislation that would prohibit Advantage plans from dropping providers without cause during the middle of an enrollment year.

Under current rules, plans must provide 30 days’ notice to enrollees when providers are dropped. Enrollees who lose access to a provider can make a midyear plan change only under very limited circumstances. “You can do it only if you are receiving ongoing care from a provider that is terminated,” Jacobson said. “Otherwise you need to wait until the next open enrollment period.”

The annual enrollment period for Advantage and Part D prescription drug plans are held from Oct. 15 to Dec. 7 each year. At that point, a beneficiary could switch to a different Advantage plan, or shift back to traditional Medicare. But a serious diagnosis in January would leave you hamstrung until the following year.

Said Jacobson: "It can be a roll of the dice."

(This version of the July 7 story corrects paragraph 8. An earlier version of this column said that the enrollee's Part B premium "goes to the insurance company providing the plan".)
(Editing by Matthew Lewis) 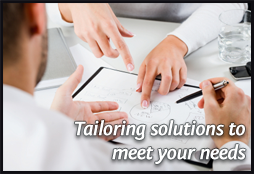